Today’s outrage comes courtesy of the UK, home of the Tory abomination. 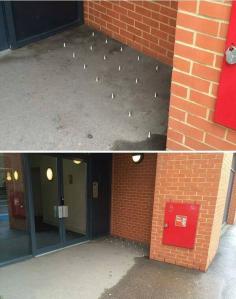 England has been exporting oppressive use of resources to break the human spirit, and lying about it, for well over 500 years. The UK ruthlessly pursues and promotes self-interest, in all things local and international, alongside aggressively righteous theorising, proclaiming self-interest to be the dominant human impetus. Simultaneously, the English tout the majesty of their legal system, the stability of constitutional monarchy, the beauty of parliamentary democracy, and various versions of the repugnant nonsense loosely known as trickle-down economics. Centuries of imperial destruction, coupled with recent decades of struggling to retain relevance, can be understood via careful analysis of the word common.

The common law is a law for everyone: under this system, we are all equal before the law; and no-one is above the law. The verity of this noble claim can be tested by the demography of imprisonment in common law countries. Every prison known to the former English colonies is full to overflowing with impoverished illiterate survivors of child neglect and abuse with mental illnesses, intellectual disabilities and long histories of unemployment and homelessness. Prison populations do not mirror the society in which the prison sits. So either poor, Indigenous and otherwise marginalised people are inherently criminal, or prison populations demonstrate the oppressive use of resources to break the human spirit.

The House of Commons is the house of the people, where the majority of elected representatives form government, and thence pass laws to which all are subject, and no-one is above (see above). This, too, can be checked by a glance at the demography of members elected to the House of Commons to see whether the legislature is a microcosm of the society over which it governs. Turns out that legislative members everywhere court wealthy donors and pass into law measures which facilitate the transfer of public money to private interests, notably to wealthy donors and elected members of legislatures. By definition, there are no representatives who are unemployed. Almost by definition, there any no government MPs who have experienced long term generational homelessness and other sure indicators of ill health, low income and poor education outcomes. Tory governments by design are composed of people who have never wanted for necessity in their lives, and never will.

The Commonwealth is a very special use of the word common, for it embraces all that England loves: wealth for England. The Commonwealth is shorthand for centuries of forced transfer of wealth from a multitude of countries to England, in exchange for being lied to about the transfer of wealth from the country to England. This wealth came in many forms: the spices of the middle and far east, the rubber and sugar of the Caribbean, diamonds from Africa, wool from Australia, silver and or gold from just about everywhere. Most repulsive was the enthusiasm for trading in human beings, an age-old, multicultural practice which was eventually outlawed. Having exhausted its profit margins and any remnant of colonial goodwill except among slave traders, England switched from chief trader in human flesh to self-proclaimed abolitionist hero.

Much like the law, the legislature, and empire, the common room at Eton, or Kings College, or Mallory Towers, is hallowed ground. As anyone who follows the special use of the English language made by the English, as is surely their prerogative, a public school is a secondary education institution strictly unavailable to all but the wealthiest and most connected blue blood members of the public. It is in such places that the common room is to be found. One has already learned, of course, that one is not common; and learnt also to shun anyone who displays the tiniest hint of common behaviour, accent, or protocol breach.

Today’s outrage is brought to you courtesy of the UK, home of the Tory abomination. These spikes were installed not to prevent homelessness. According to neighbours, these spikes were installed to prevent homeless people from sleeping in the meagre shelter provided by the wind break of a unit block in London. Thank you Tories, thank you England: http://www.theguardian.com/society/2014/jun/07/anti-homeless-studs-london-block-uproar